This site is operated by a business or businesses owned by Informa PLC and all copyright resides with them. Informa PLC's registered office is 5 Howick Place, London SW1P 1WG. Registered in England and Wales. Number 3099067.

Always On! 365 Days a Year
Digital Forums Live and On-Demand

Always On! 365 Days a Year
Digital Forums Live and On-Demand

How HR should support mental health in the workplace

Today, mental health and well-being is being acknowledged as something crucial to the way an individual performs.

Employee mental health and well-being have been focused on for the last few years but really came under the spotlight during the pandemic. Organisations looked at entirely new ways of working, as many of the old rules and role structures were thrown out the window. Suddenly, multiple family members were all stuck at home, trying to navigate their daily lives online. As a result, the pattern of working with colleagues and clients changed quite significantly. 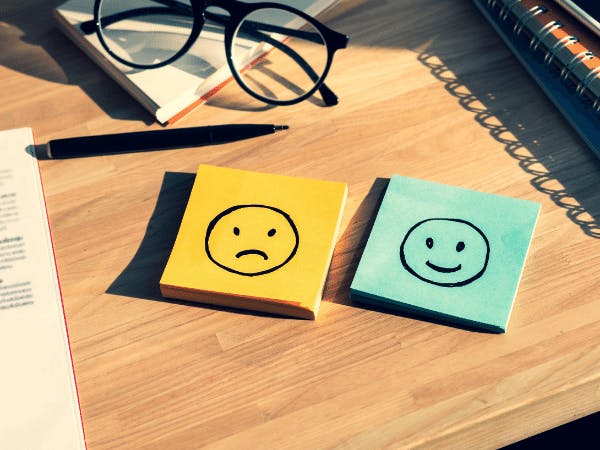 He said: “During the early days of the pandemic, the operative word was one of uncertainty and trying to discover new ways of working, all of which had an impact on an employee’s emotions and state of mind. So, well-being became a central focus. Earlier, even when people spoke of well-being, a larger focus was placed on the physical aspects. But due to the pandemic, the mental aspect, emotions, uncertainty, and trauma, all had to be factored into what one would look at as part of a well-being programme, across the world.”

Gopal has worked as a consultant across different geographies for several years, and a lot of his work centred around what needs to be done to create more engaging workplaces. “That's been a lifelong passion of mine,” he shared. “The need for creating engagement is something that has existed for a long time. An engaged employee will probably put in discretionary effort compared to someone who doesn’t particularly care for the company or the job. But what makes up engagement evolves with time and the need for it is universal. It's good for the company, individual and the society.”

This big message that needs to be recognised is that you can’t compartmentalise something like mental health. Every single day, everyone has their ups and downs. So, how do you factor that in terms of thinking about engagement further? I would encourage the corporate world to think about it on an ongoing basis

Well-being is central to success

Several companies have proposed employee wellness programmes to provide mental health help to those who need it. For example, Microsoft has launched an initiative called ‘Microsoft Cares’, a confidential counselling service designed to care for employees in a balanced way. The enterprise has appointed mental health counsellors and wellness coaches who are available 24/7 and can be contacted through mobile apps and e-workshops.

Some companies are also looking at moving to a four-day work week to ensure higher productivity. Recent research by UK-based Henley Business School found that companies that adopted a four-day week found that over three quarters of staff (78 per cent) were happier, less stressed (70 per cent) and took fewer days off ill (62 per cent). An example of this is Amazon that announced that it’s giving its employees more flexibility to work from home even after its offices begin to reopen next year. Reportedly, the company will leave it up to individual team directors to decide how often their employees work in the office. The announcement was made as the company couldn’t prescribe a “one-size-fits-all” approach.

The world will probably not revert to the way it was pre-pandemic. Instead, the concept of the hybrid workplace is going to be prevalent, with organisations continuing to operate in a primarily virtual world or hybrid setting.

Today, well-being is being acknowledged as something crucial to the way an individual performs. Earlier, there used to be a lot of discussion around employee satisfaction and employee engagement. However, the new mantra that organisations should focus on, emphasised Gopal, is to have well-being be central to their overall agenda. Recognition needs to be given to the fact that an employee wears many hats, and the hat of being an employee is only one of them. They are part of a family and community and have certain specific personal responsibilities and expectations regarding what they want to achieve in life.

Furthermore, when it comes to mental health, be it in the workplace or at home, the recognition that stress, mental challenges, the emotion of not feeling good are not things that should be swept under the carpet. Speaking about this should be normalised without the fear of being judged and with the hope that help will be provided. “This thought process needs to become part and parcel of the society,” he added. “Returning to normalcy doesn’t mean companies can return to old habits and structures – that would be a fatal flaw.”

Gopal also discussed the importance of individual’s taking accountability for things they need to do for themselves. Individuals can’t outsource their well-being and need to be more than equal stakeholders when it comes to well-being.

Additionally, when it comes to mental health and well-being, he stressed, it would be a tragedy if it were only thought about it in the context of it being a day, a week, or an event. It is something that needs constant attention and nurturing. If it is not thought about daily, the chances are that any intervention will be suboptimal in terms of its impact.

“This big message that needs to be recognised is that you can’t compartmentalise something like mental health. Every single day, everyone has their ups and downs. So, how do you factor that in terms of thinking about engagement further? I would encourage the corporate world to think about it on an ongoing basis,” he concluded.